Skip to content
Positions Of Interest To Watch During Camp
Football

Positions Of Interest To Watch During Camp

Looking at one position on each side of the ball to keep an eye on throughout camp. It is quite understandable if you’ve become a little spoiled over the past […] 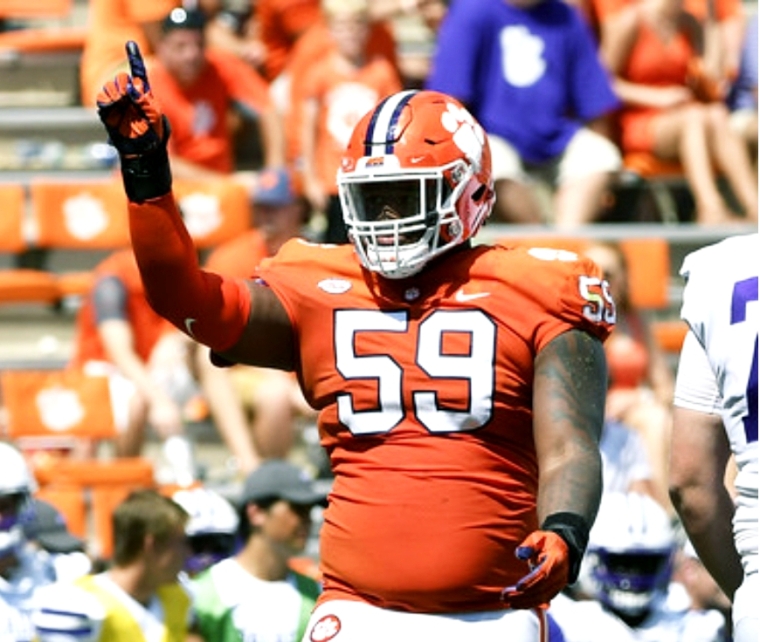 Looking at one position on each side of the ball to keep an eye on throughout camp.

It is quite understandable if you’ve become a little spoiled over the past three or four seasons with play of the Clemson defensive line. It was a dominant unit that went two deep at all four spots, headlined by the group that became known as “The Power Rangers.” Clelin Ferrell and Austin Bryant as the bookends and achored on the interior by Dexter Lawrence and Christian Wilkins.

With all four of those guys having now exited stage left, the Tigers will be tasked with having to retool the entire starting front four. This team is loaded with talent at defensive end. With guys like Xavier Thomas, Justin Foster, KJ Henry, Justin Mascoll, and Logan Rudolph all anxiously awaiting their shot, the coaches won’t have much of an issue finding the right rotation.

At defensive tackle however, there are some questions, mostly about the depth. Nyles Pinckney and Jordan Williams are presumably penciled in as the two starters, but both guys are coming off of surgeries that kept them out of spring practice. It is never ideal for two new starters missing the entire spring, but we are talking about two guys that have seen plenty of time on the field. Behind them though, that’s a different story.

Redshirt junior Xavier Kelly and true freshman Tyler Davis look to be the backups. Davis received rave reviews throughout the spring and by all accounts is ready to go. Kelly is a converted DE that was on the field for less than a hundred snaps last season. Recently he tweeted out that he was now up over the 300 lb mark, so there is no questioning the fact he has been putting in the work off the field. Ideally you would want to see a little more weight on a DT with his frame, but the 305 mark is a good start for this season. It is key for Kelly to be ready to step in and contribute on the big stage this season.

One of the biggest factors in the Tigers run of success in recent years is their ability to keep guys along the DL fresh. They are going to need Kelly and Davis to be able and contribute in crunch time. They are also going to need to keep those guys healthy, because behind them are players who despite being very talented, are raw and inexperienced.

On the offensive side of the ball, this team is loaded. Everywhere. With the transfer of RB Tavien Feaster, there is some depth questions though. On the surface you see Travis Etienne and Lyn J Dixon atop the depth chart, and think there’s no way there could be an issue. Keep in mind, this is a team that uses the committee approach. Ideally, a committee of three.

Last year it was ETN, Feaster, and Adam Choice, with Dixon thrown in at times. This season it will be ETN, Dixon, and after that is still to be decided. Right now you have walk on Darrien Rencher and two true freshmen Michael Dukes and Chez Mellusi, neither of which enrolled early. Not having gone through the spring gives them a much steeper learning curve in camp.

One of those two freshman are going to have seize the moment and take advantage of their opportunities. An injury to either ETN or Dixon would thrust one into a major role. The kind of role that requires a running back to not only be able to carry the ball, but also know all the things one must do when the ball is not in his hands. Pass protection is a big part of what running backs do in this offense, and knowing the protections can get could cost you a quarterback.