Former Clemson and current Jacksonville State QB Zerrick Cooper has been named a finalist for The Walter Payton Award. The award is given annually to the best offensive player in the Football Championship Subdivision (FCS). 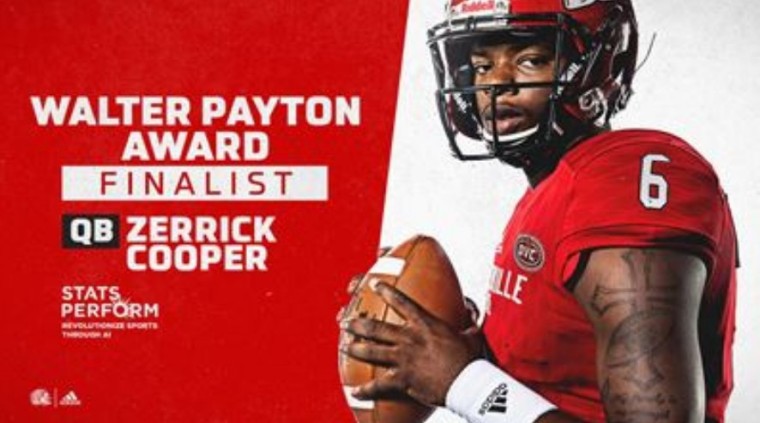 The junior from Jonesboro, Georgia transferred from Clemson after the 2017 season due to the impending arrival of Trevor Lawrence. He is one of 26 finalists and the award is given out based off of the regular season only.

In his two years at JSU, Cooper has had the school’s two best single season passing marks and ranks seventh in Ohio Valley Conference history (second in school history) with 60 career passing touchdowns. He’s just one away from the school record.

He threw for over 300 yards seven times this season and went over 400 once. His eleven career 300 yard passing games are the most in JSU history. At one point this season he went five straight games with at least 3 TD throws and has thrown multiple TDs in 10 of his 12 games this season.

Congratulations to Zerrick, and good luck. Once a Tiger, always a Tiger. The winner will be announced January 10 at the FCS Awards Banquet in Frisco, Texas.